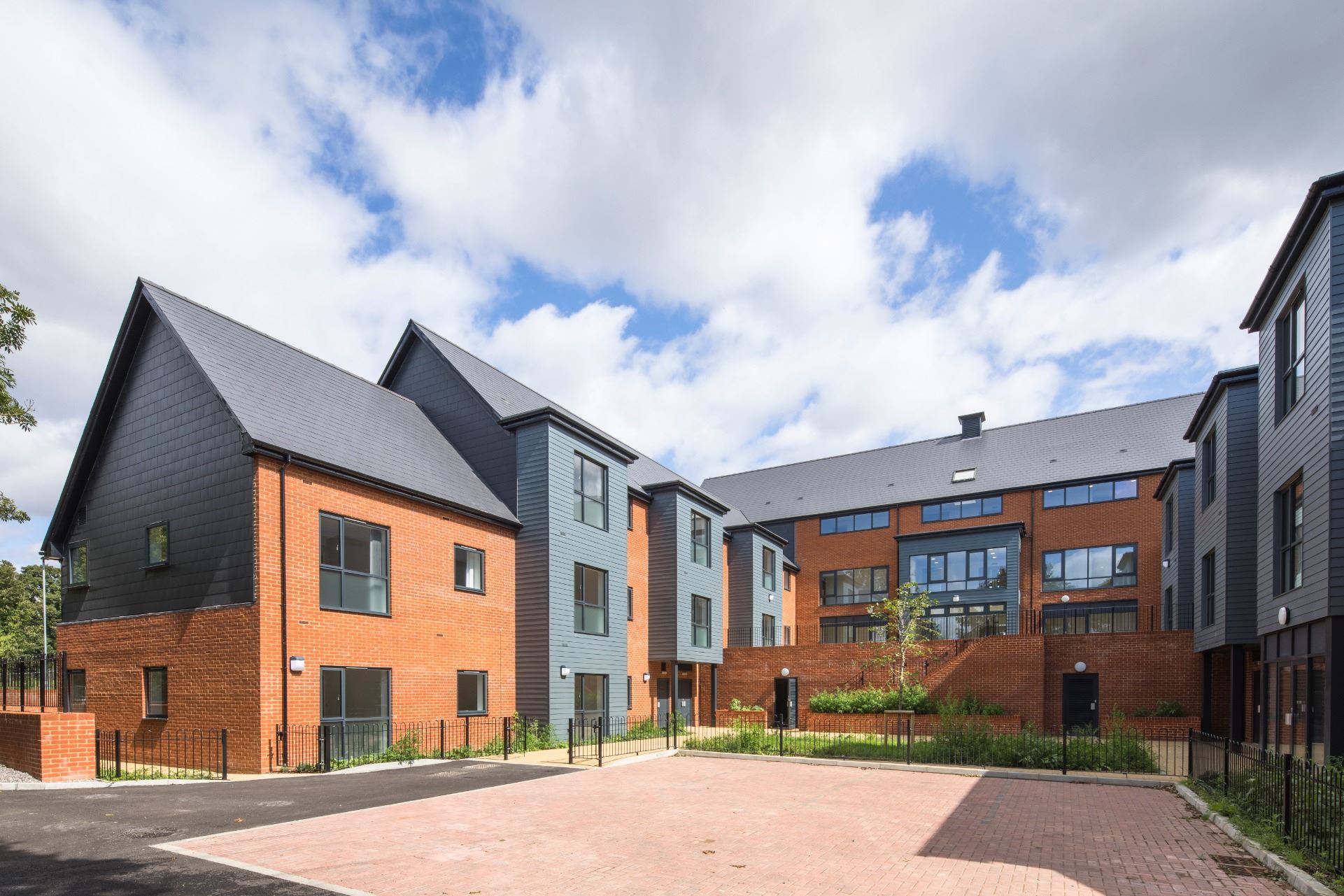 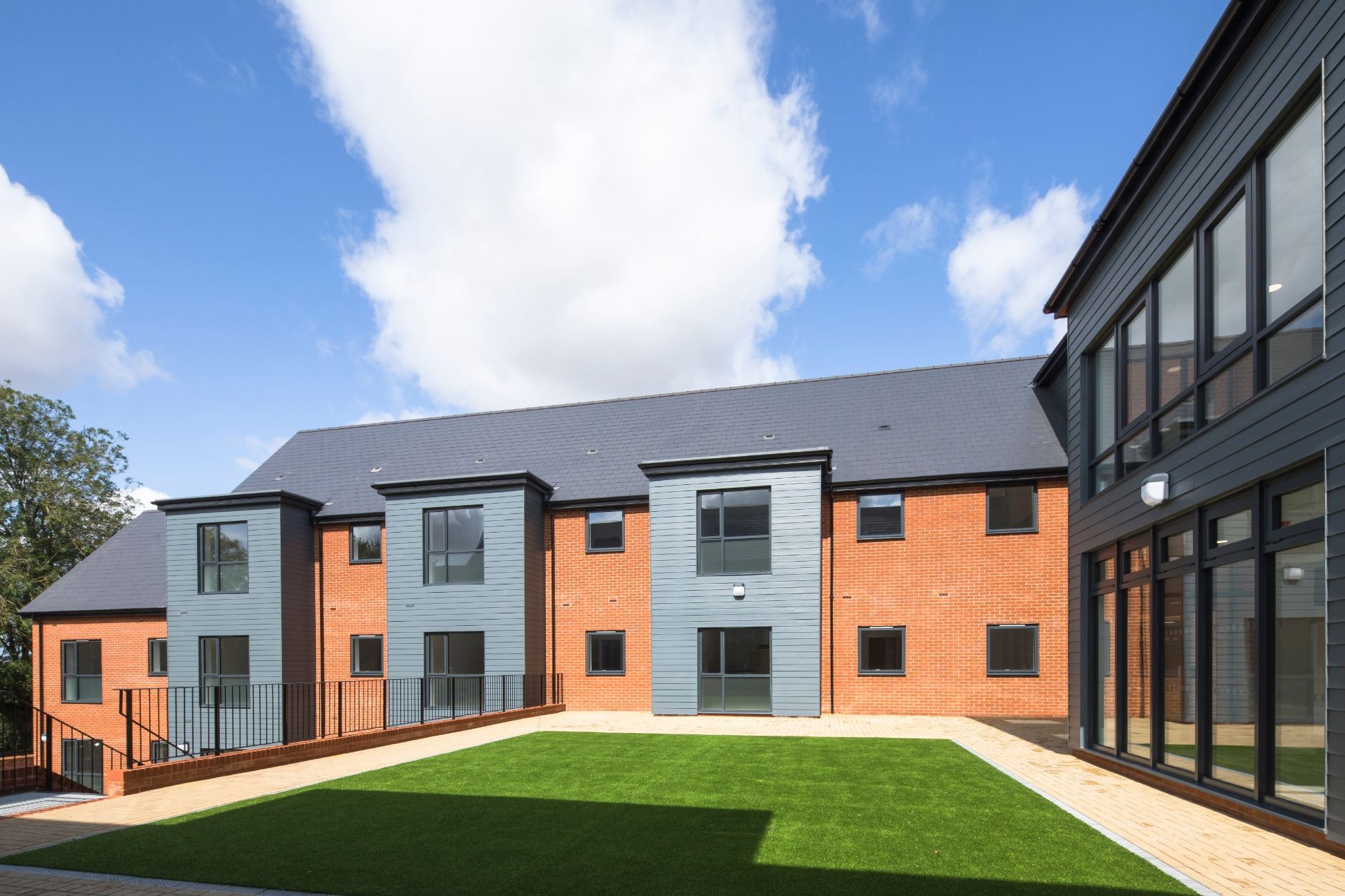 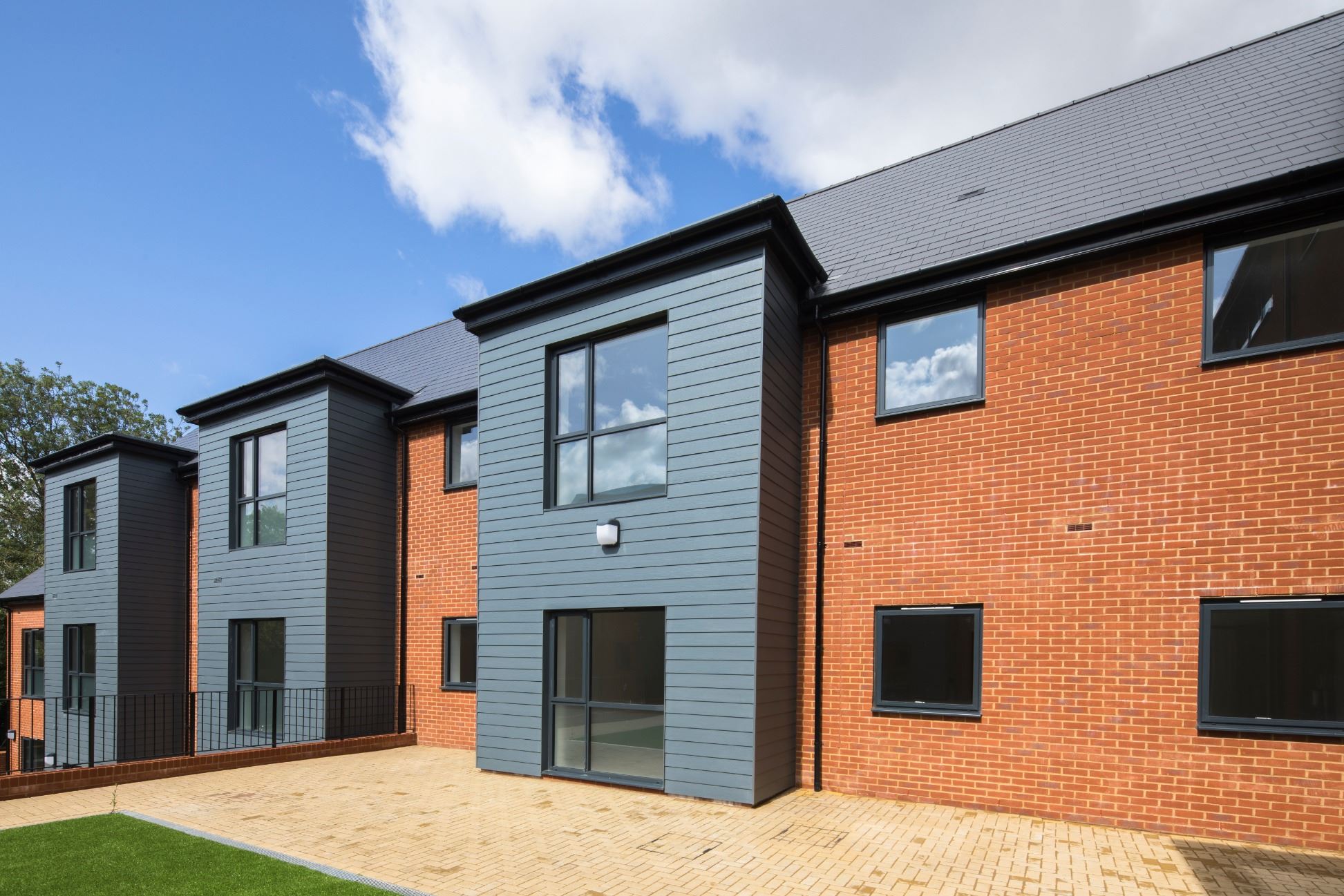 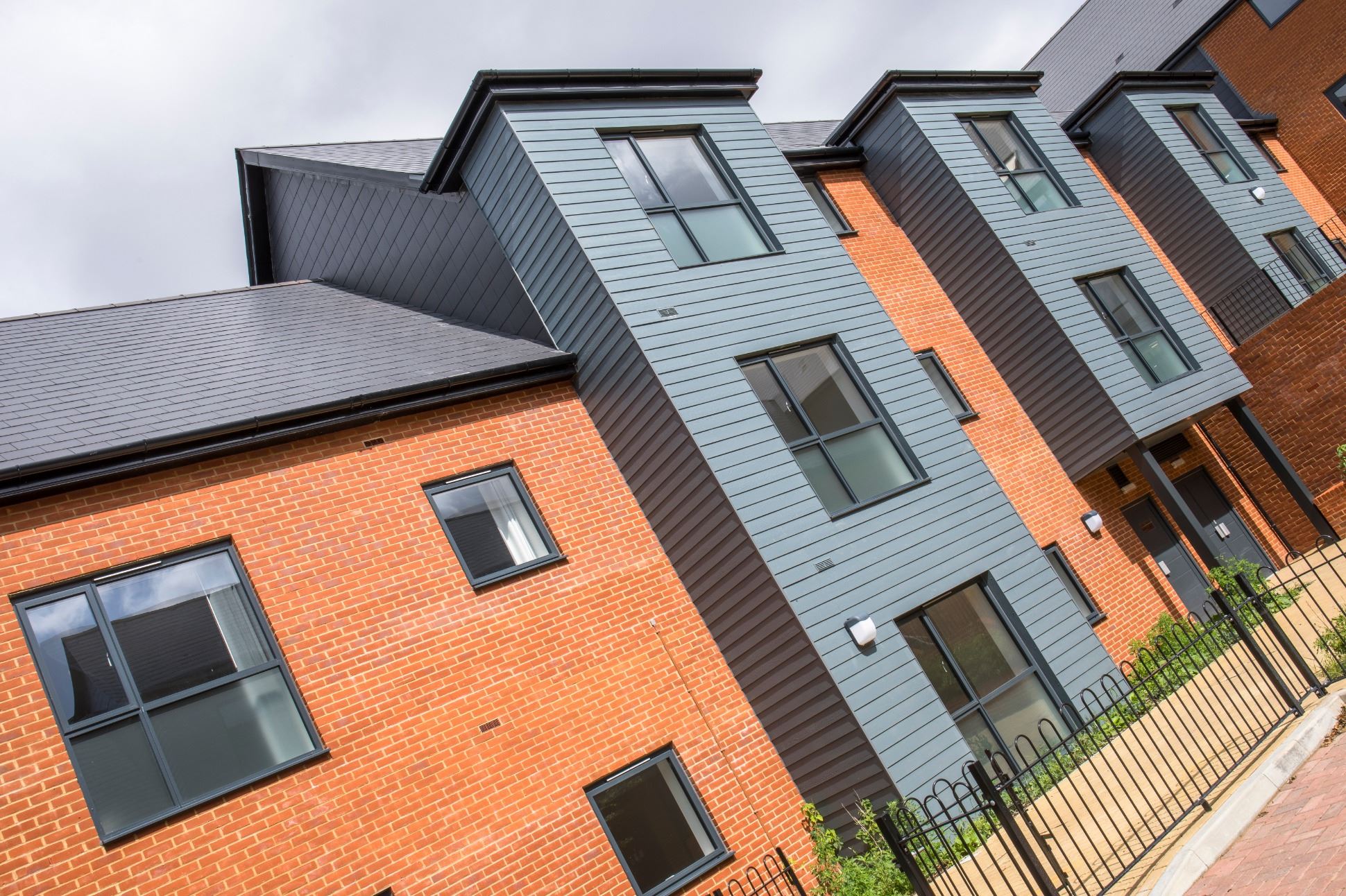 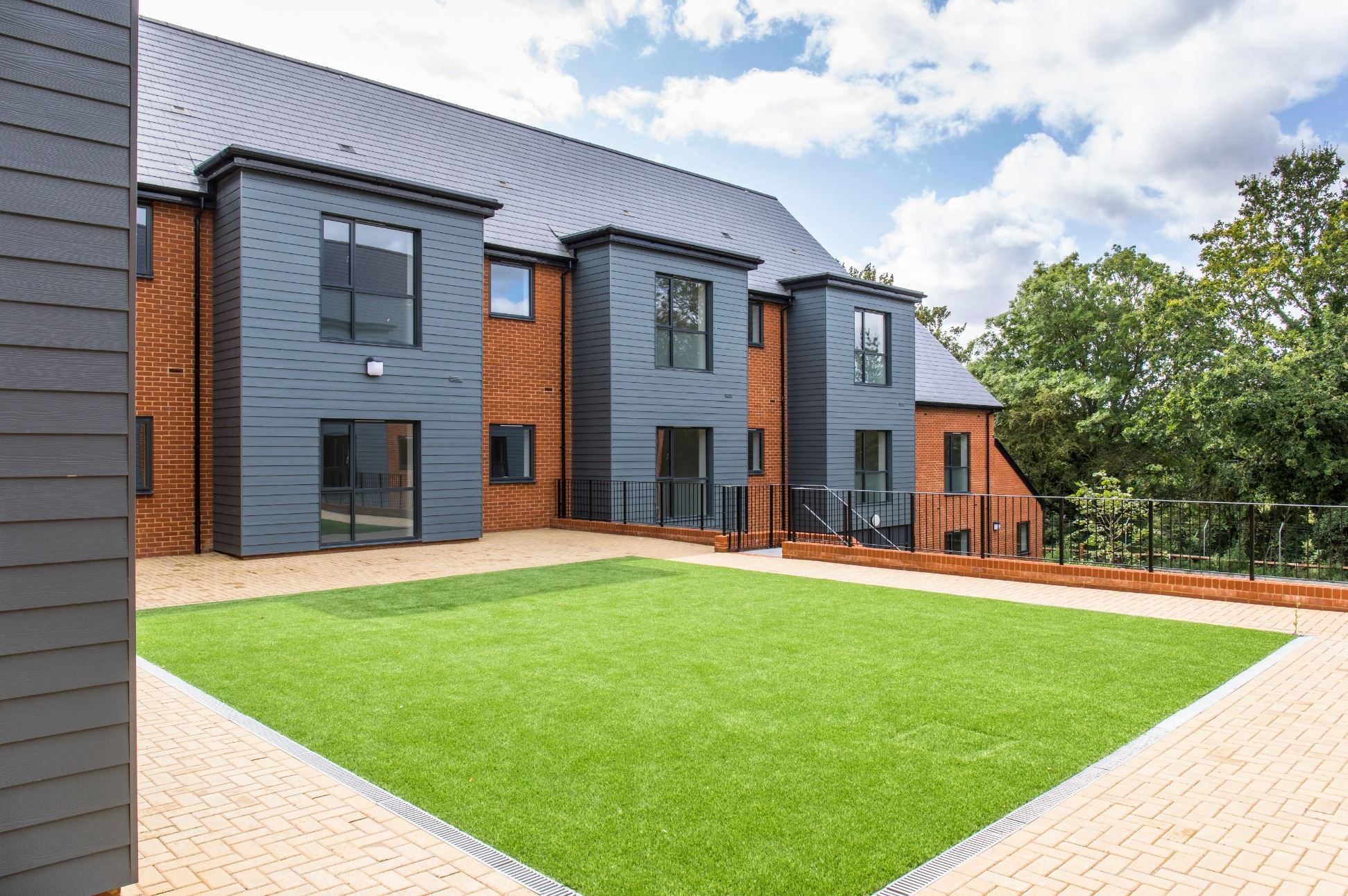 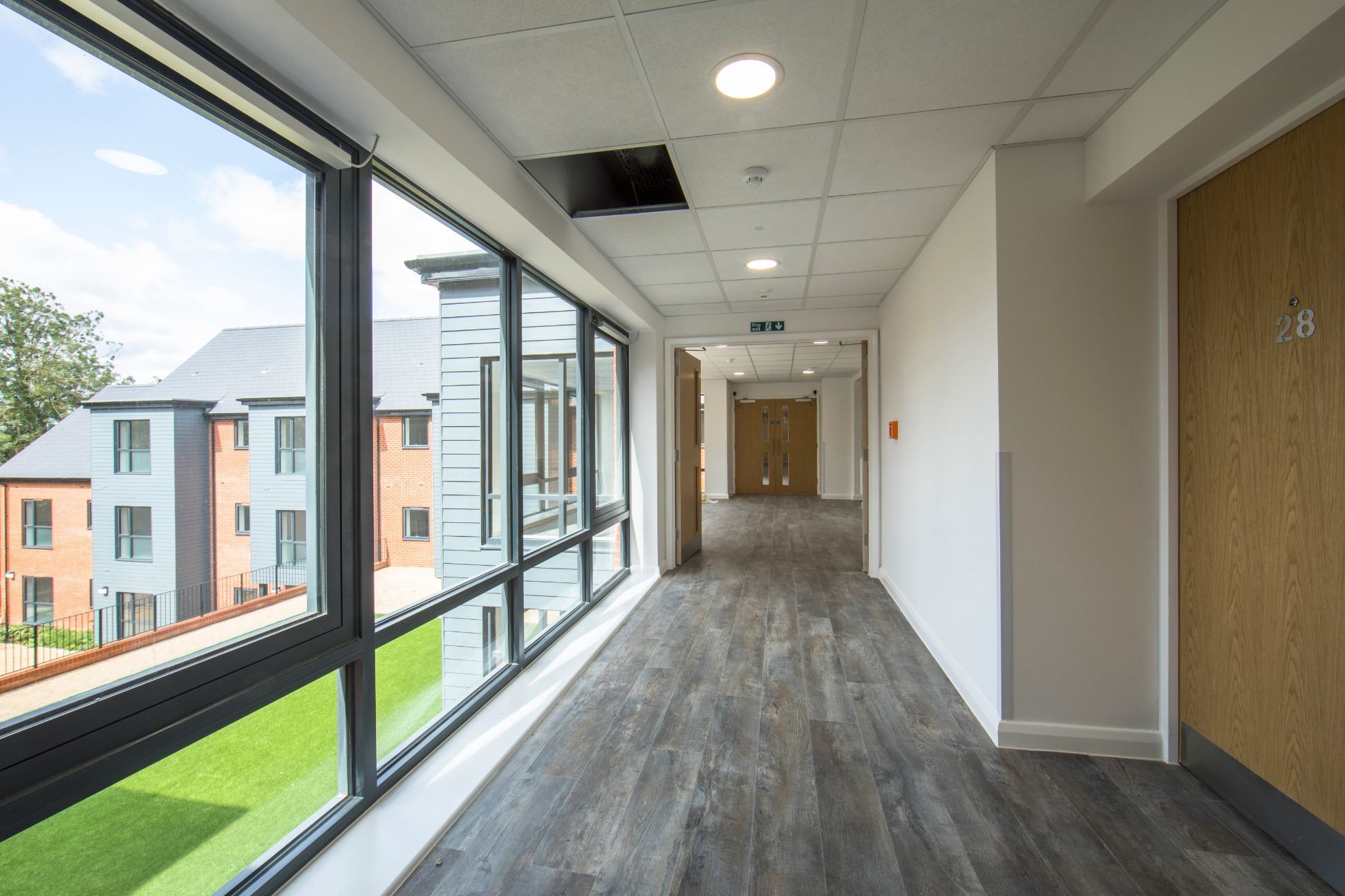 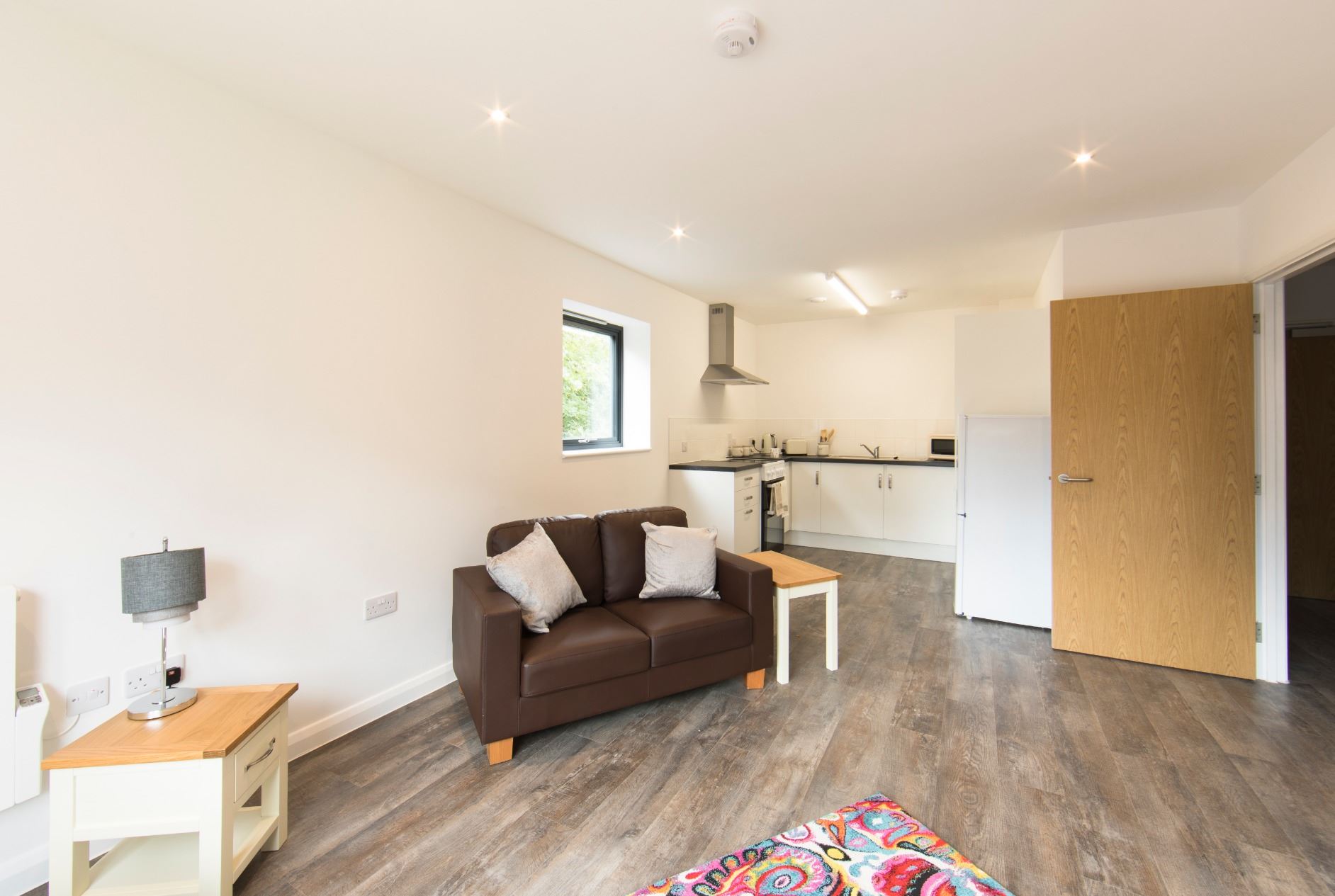 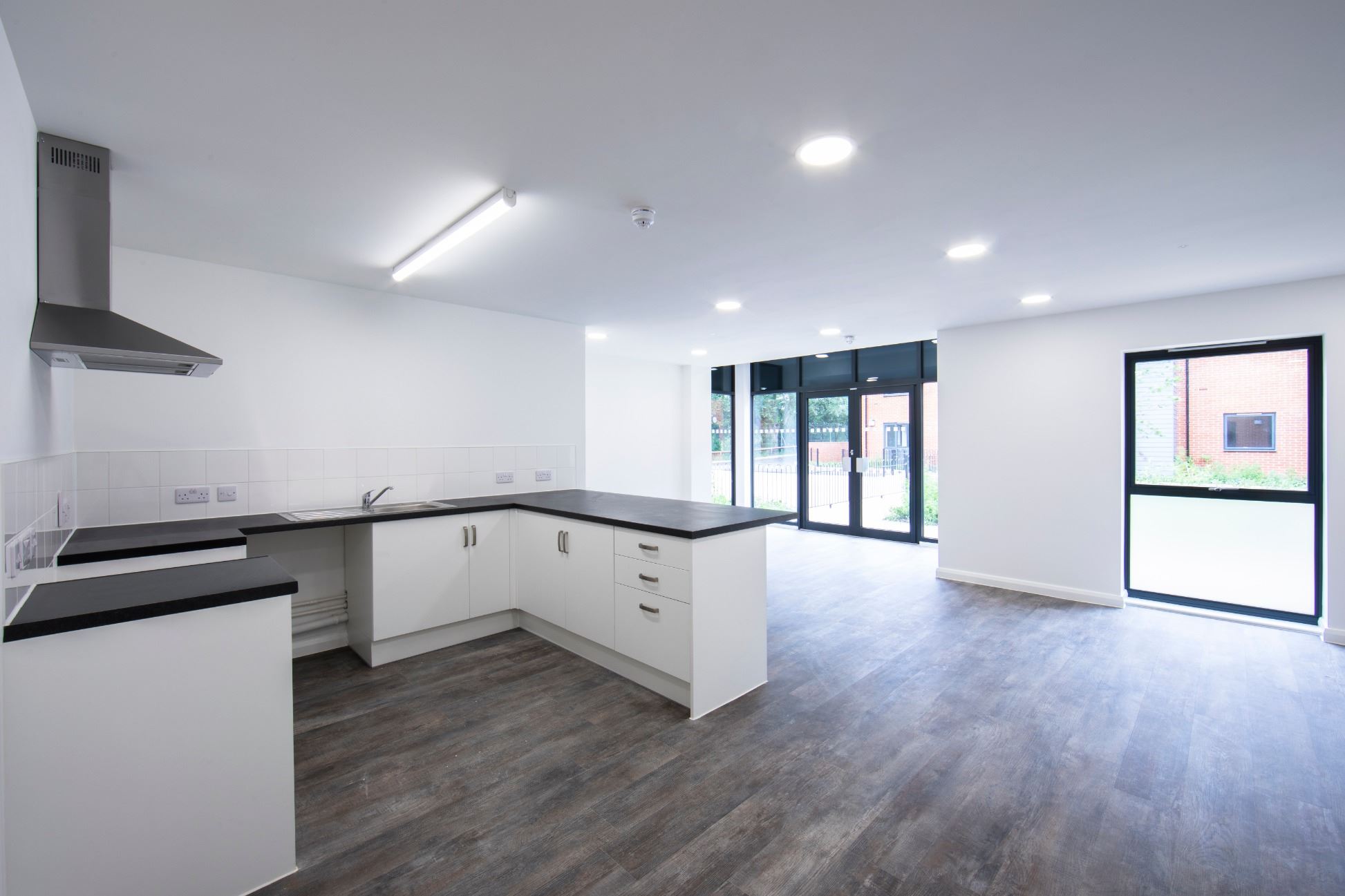 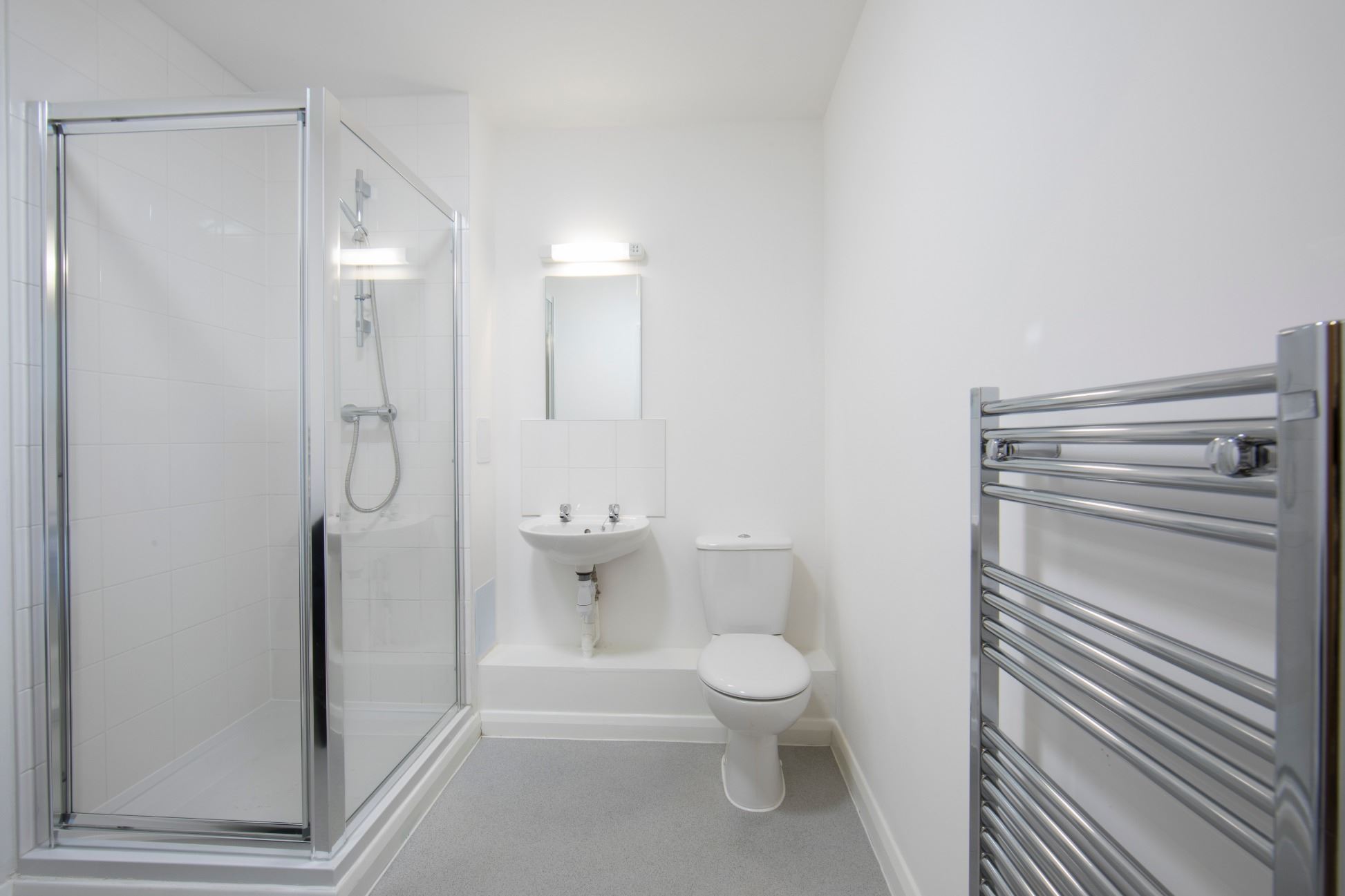 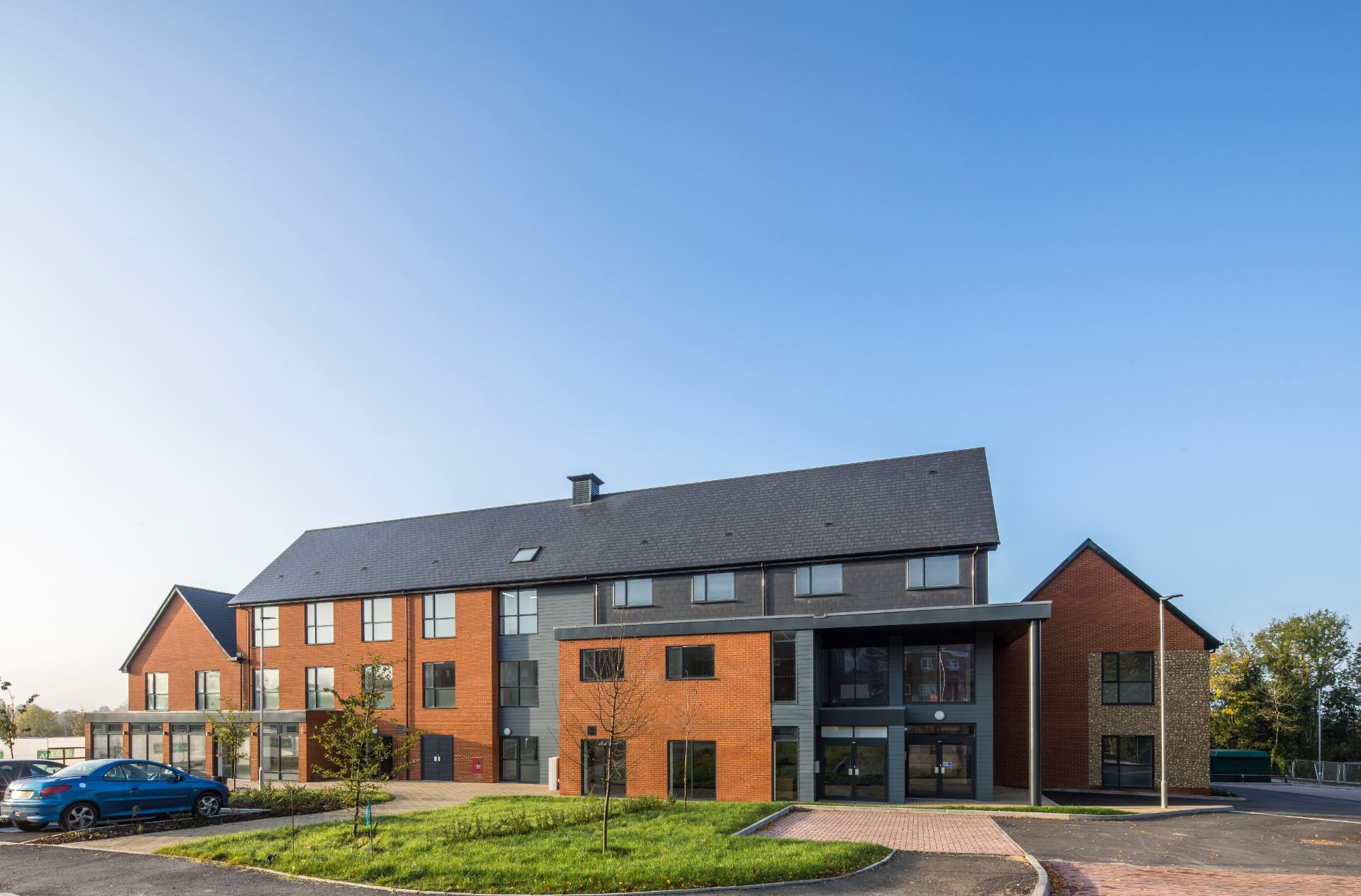 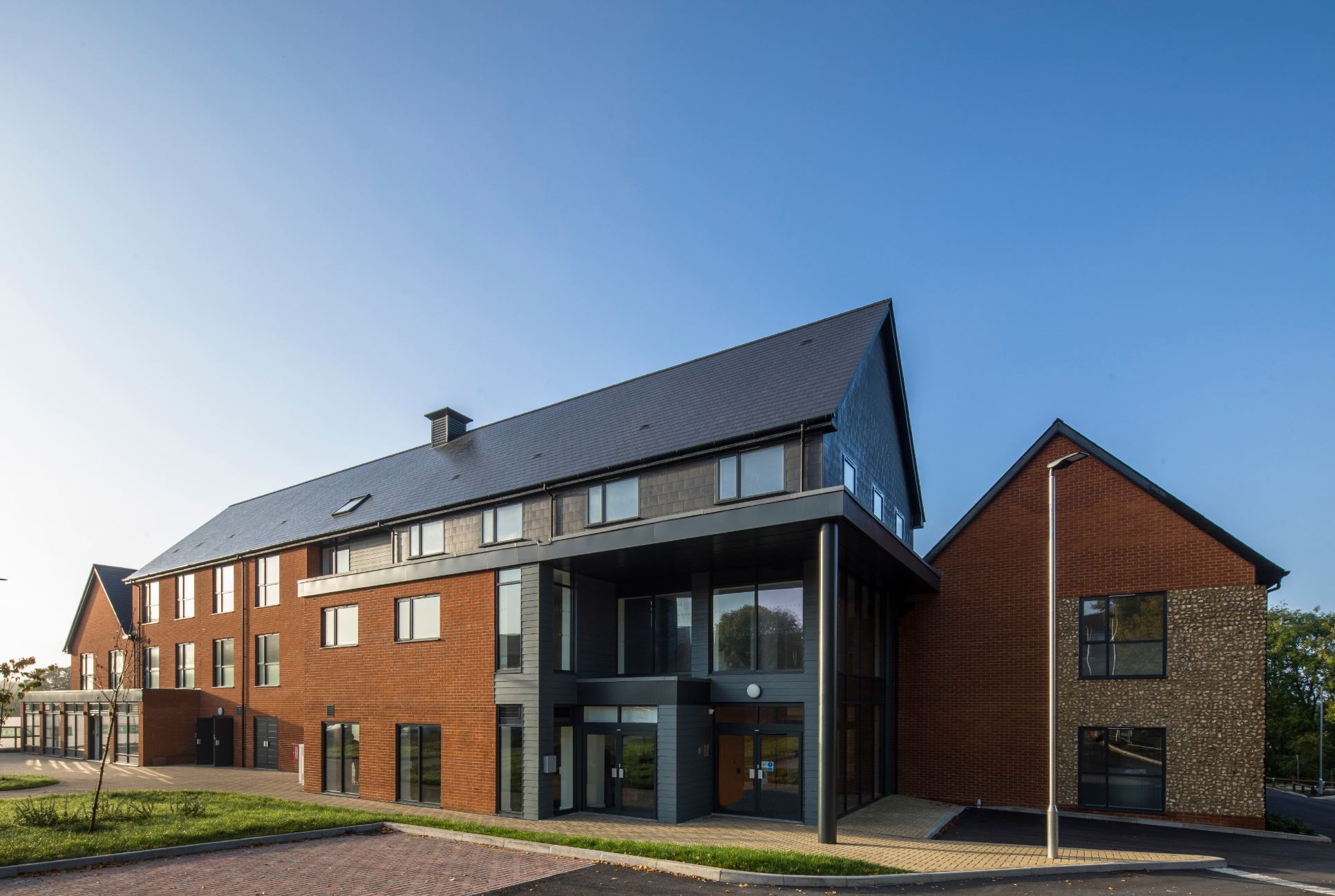 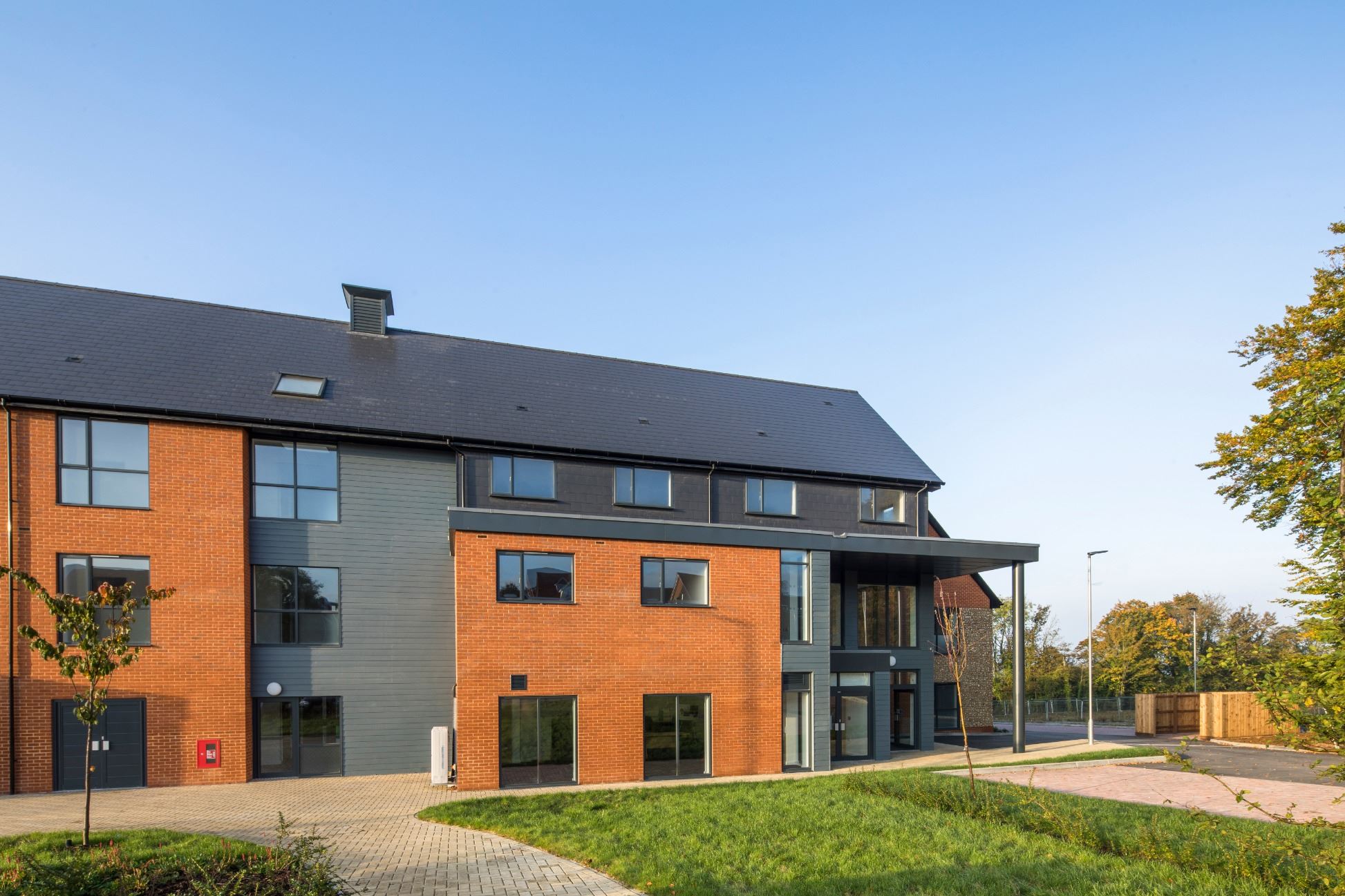 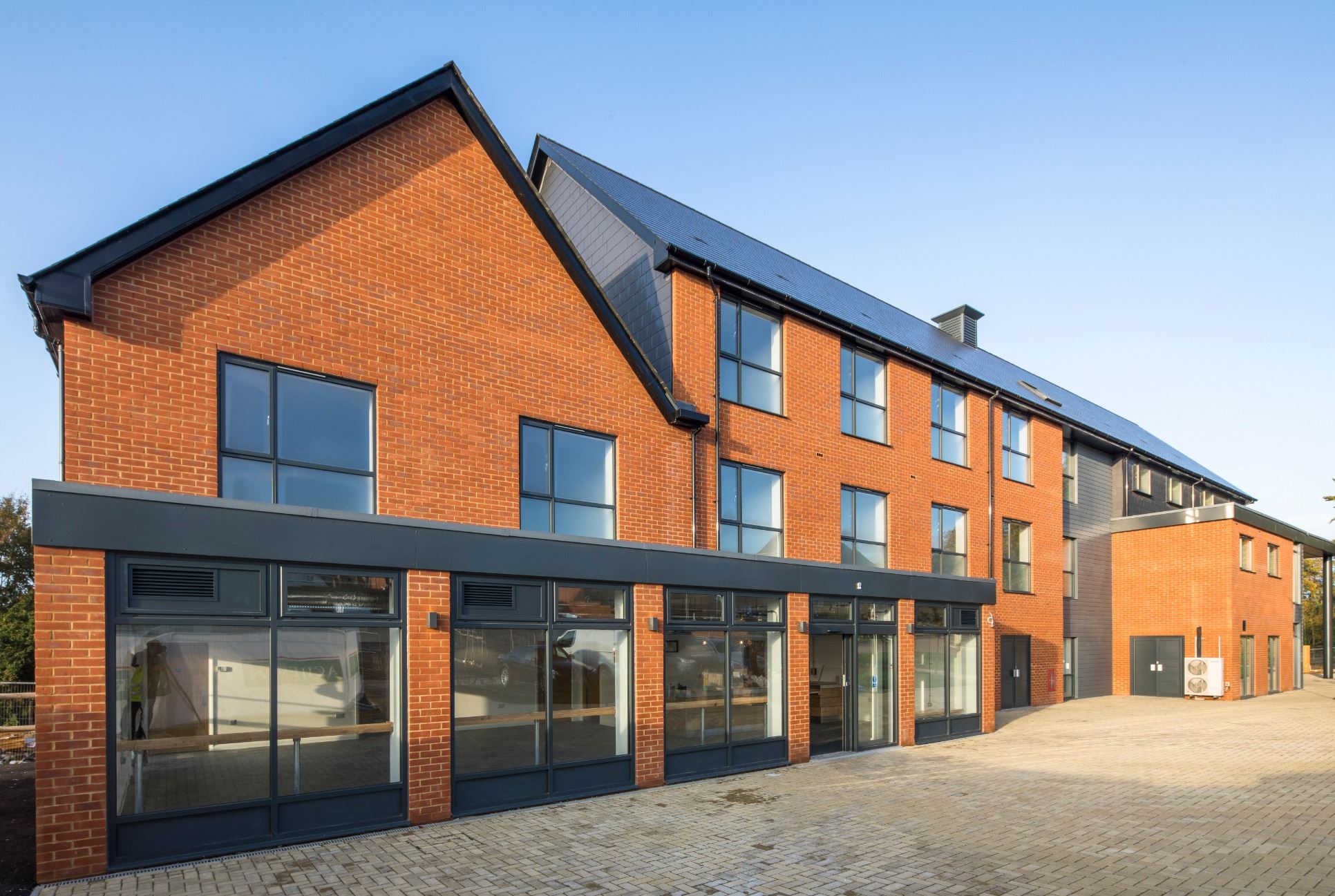 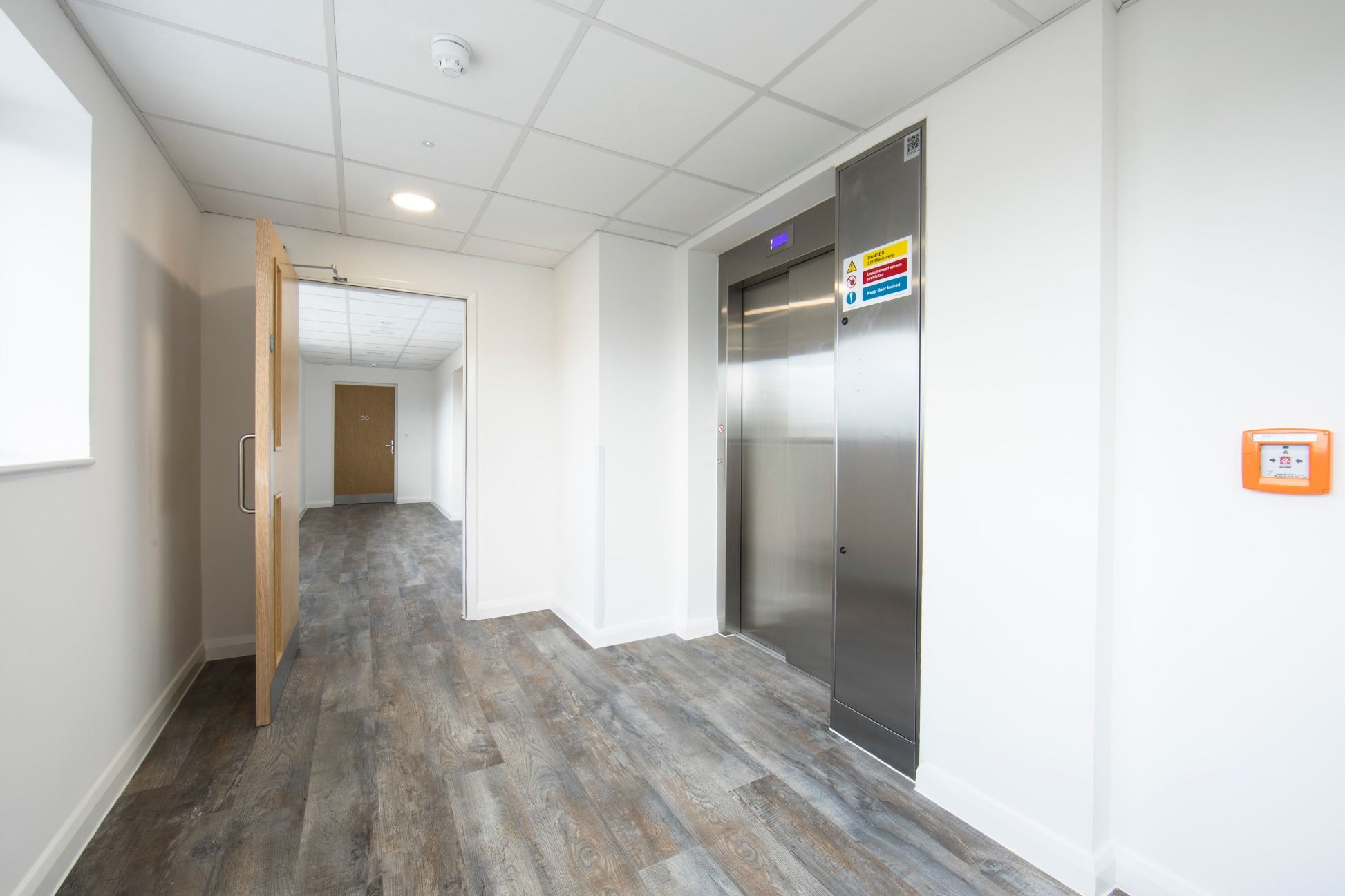 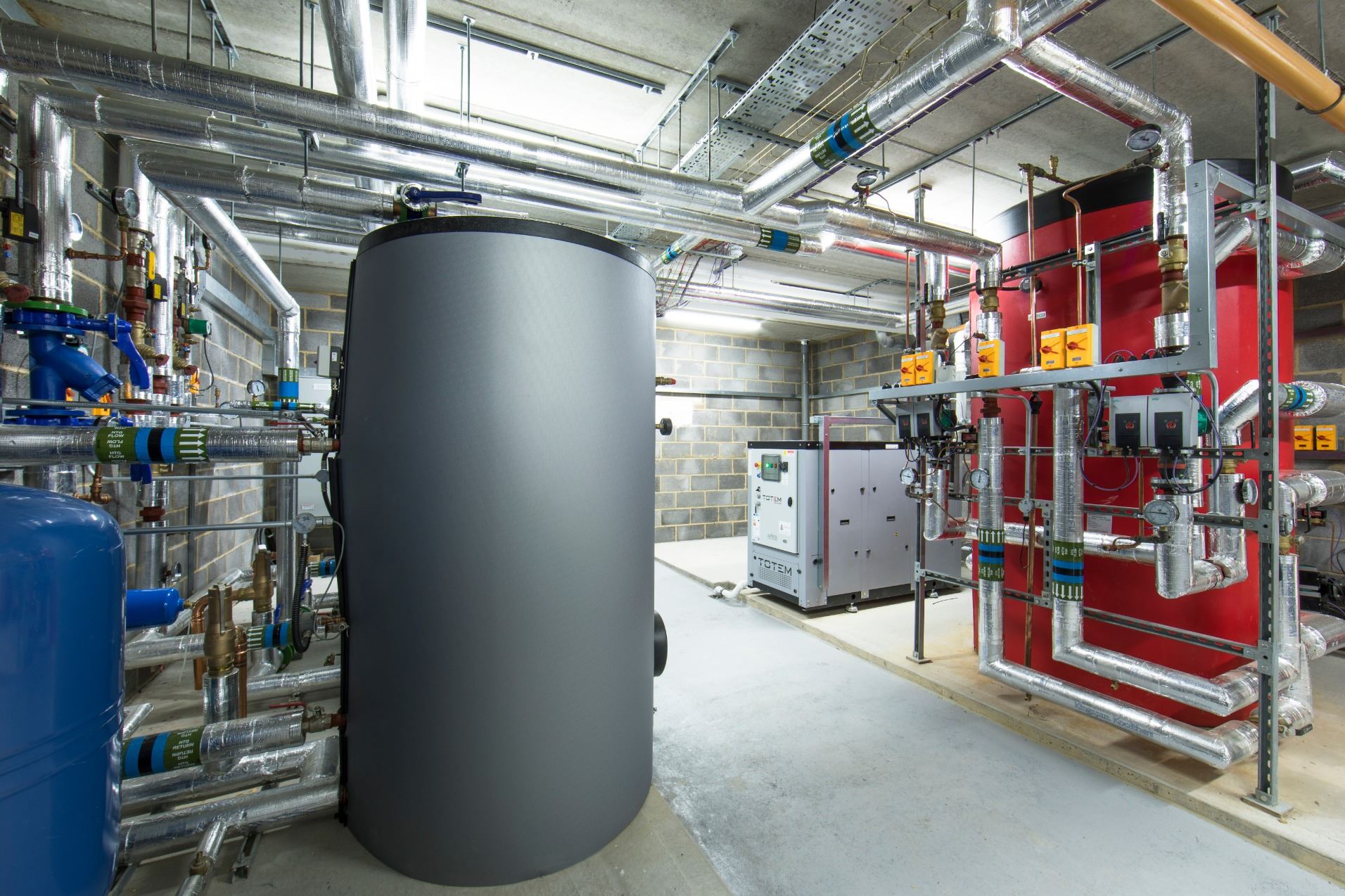 Acheson construction are thrilled to have delivered the fantastic new veteran’s development known as Erskine House at Wilton Hill, Salisbury. The project is part of a larger, mixed development of the former Erskine Barracks and is in partnership between Our Enterprise, Redrow Homes & Wilton Community Land Trust. It is the UK’s first major housing development built with returning military personnel in mind, helping prepare them for civilian life.  The scheme is leading the way in caring for veterans in the city facing difficulties after leaving the forces who would otherwise be homeless.

The project consists of the £5.4 million construction of 44 high quality, one  &  two bedroom flats and a café. Veterans who are looking to make the transition to independent living will rent the units for a period of between 6 and 24 months while they receive business and training skills until they are ready to move on.

The service veteran’s apartment Block A is formed as a ‘U’ shaped building and arranged around a central courtyard to form a semi-private amenity space with public green and spaces for vegetable gardens. Red brick, black brick and slates have been used, which are in keeping with the neighbouring housing and local vernacular buildings. Some areas of contemporary flint panel are used to give emphasis to keynote corners/entrances etc.

This special project was officially opened by Sophie, Countess of Wessex and recognised on BBC South Today recently giving exposure all across the South about this vital new development and the help and support it will be offering those leaving the armed forces.