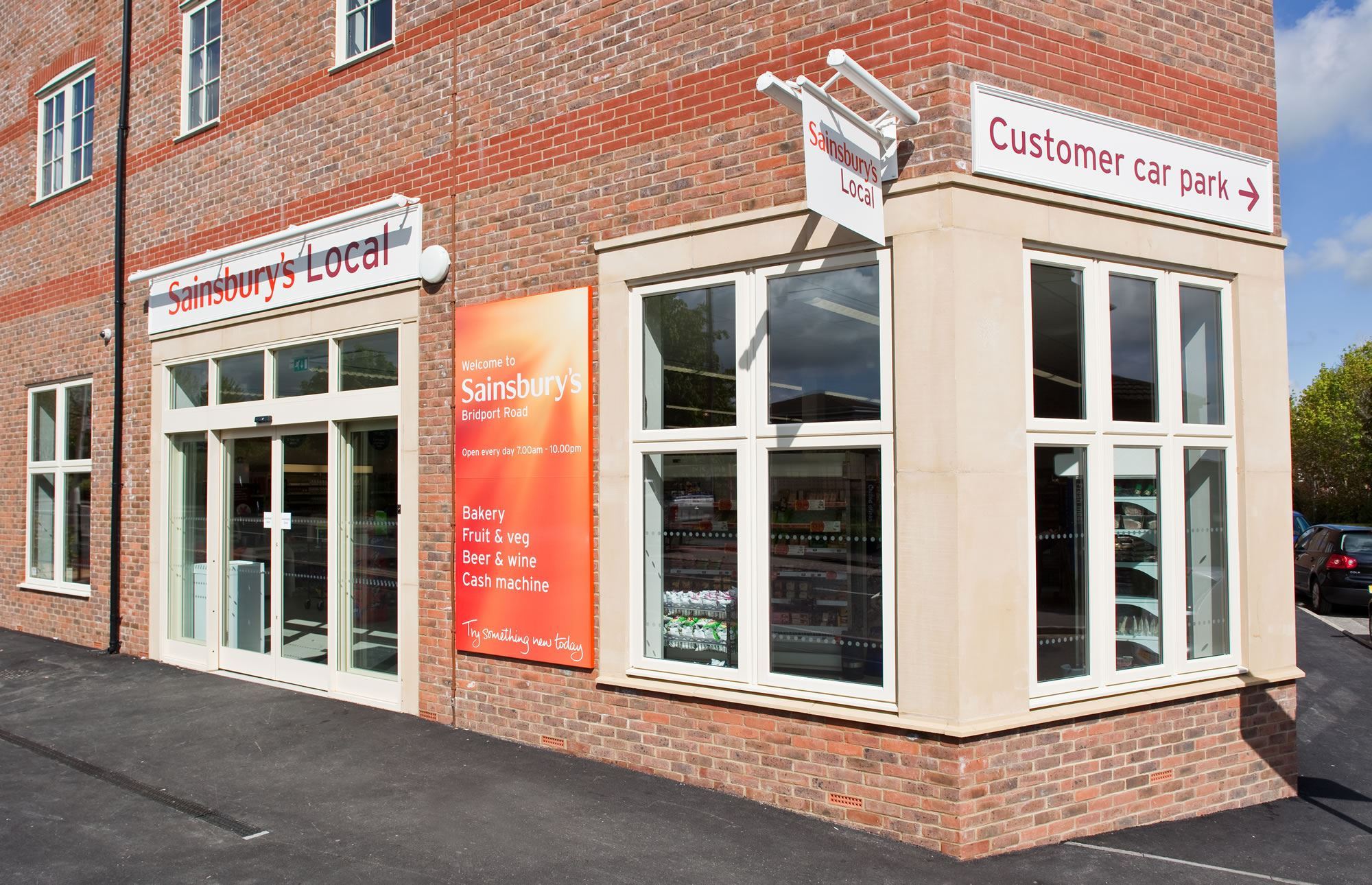 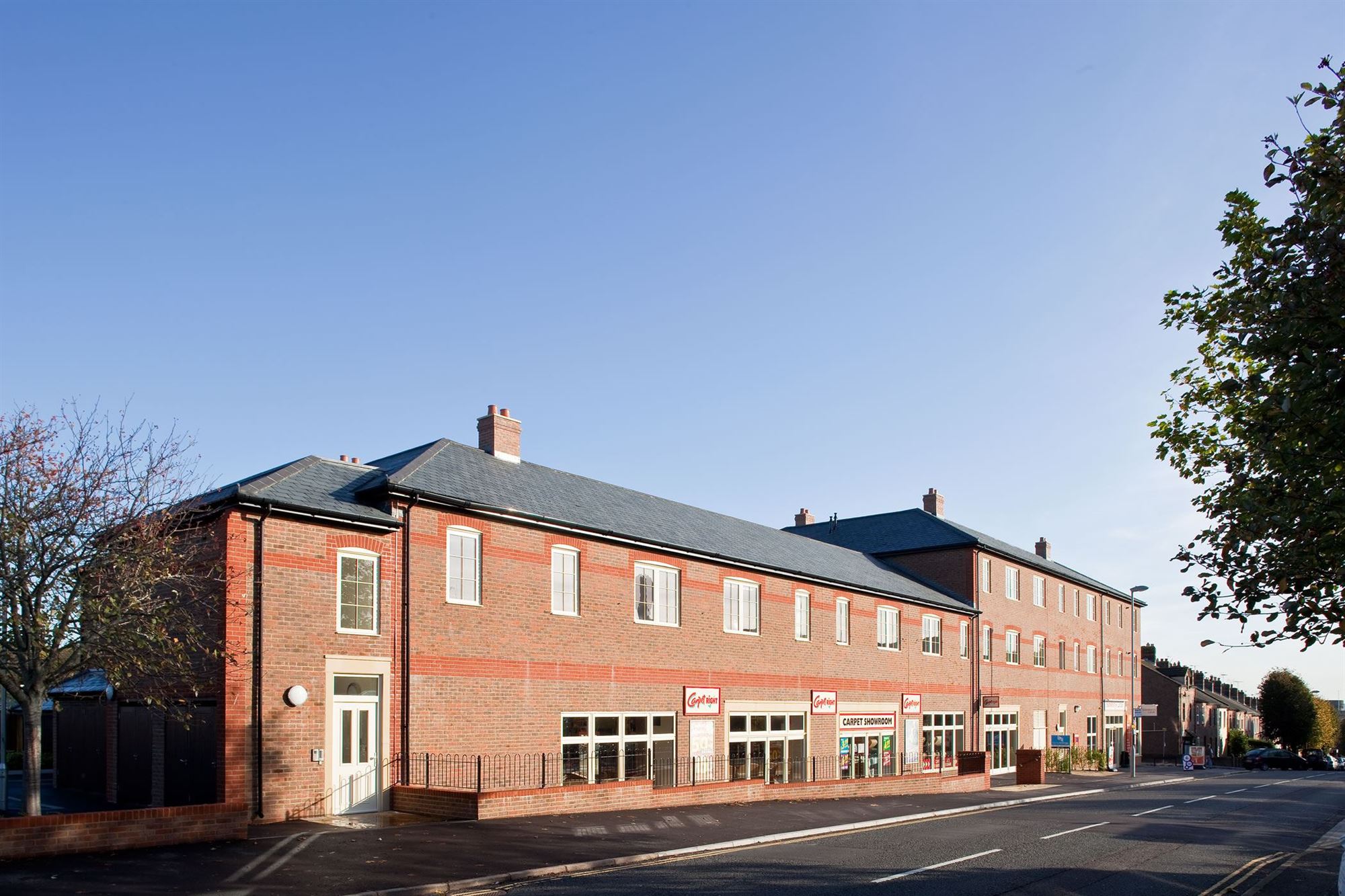 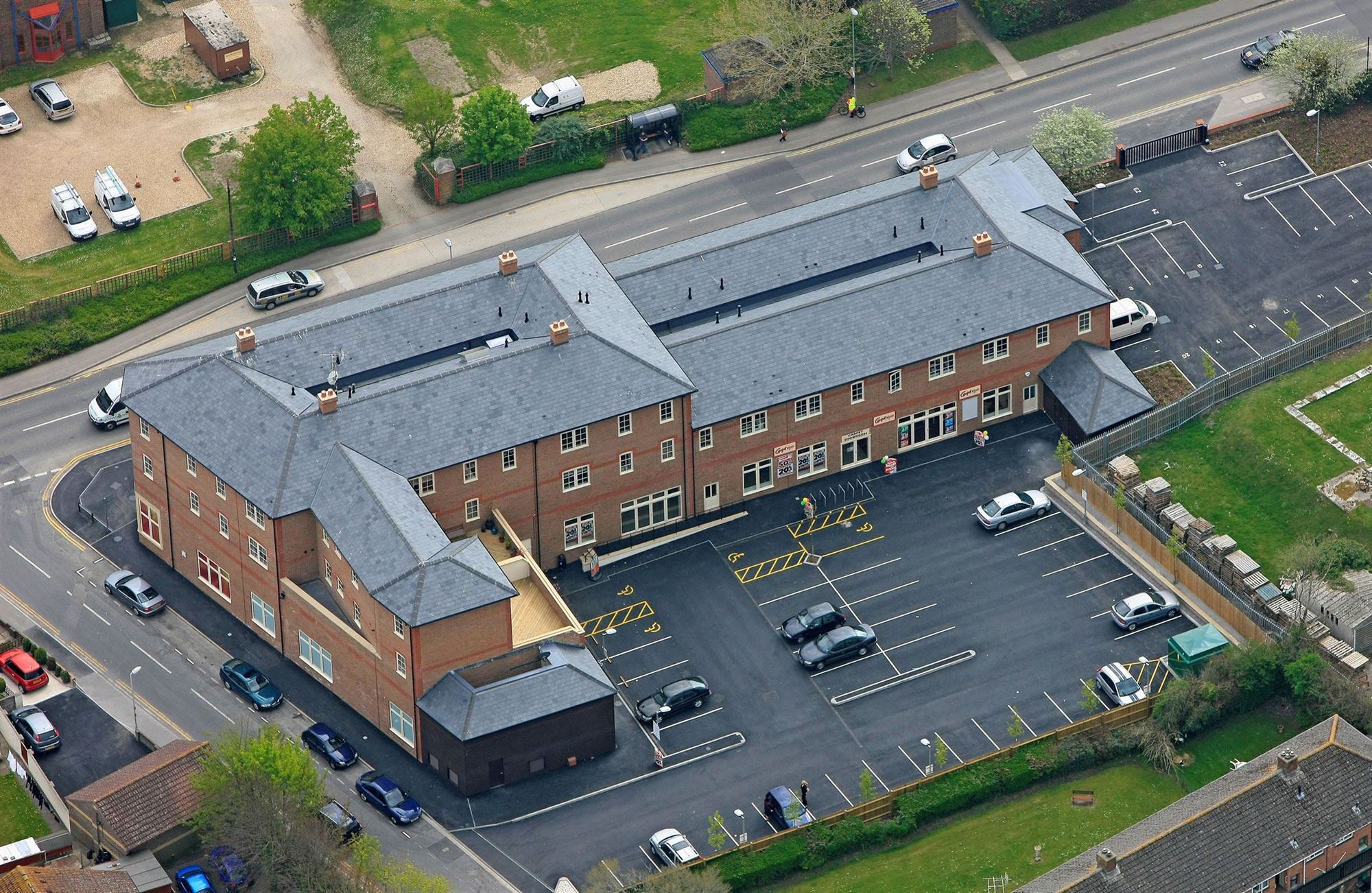 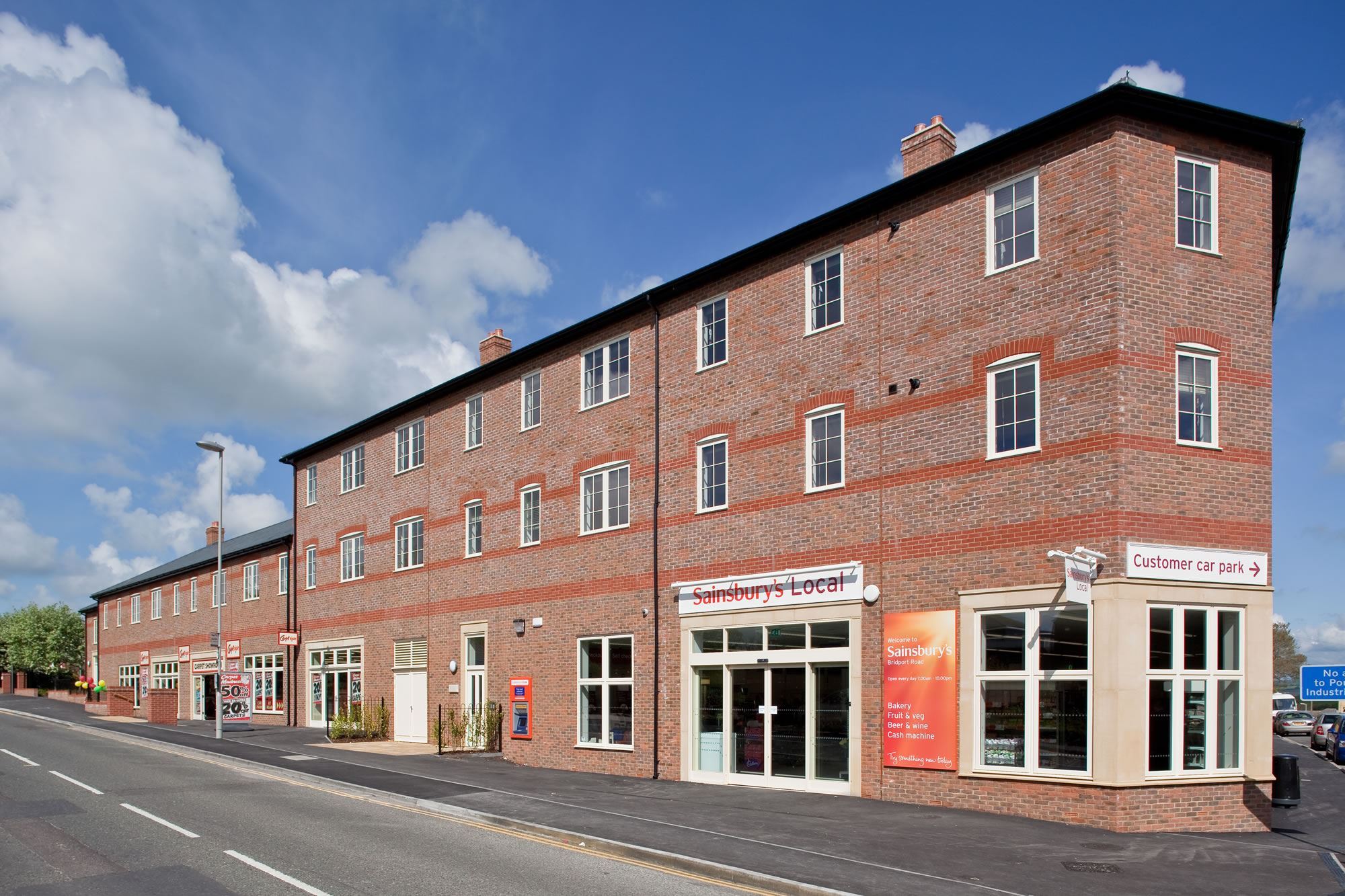 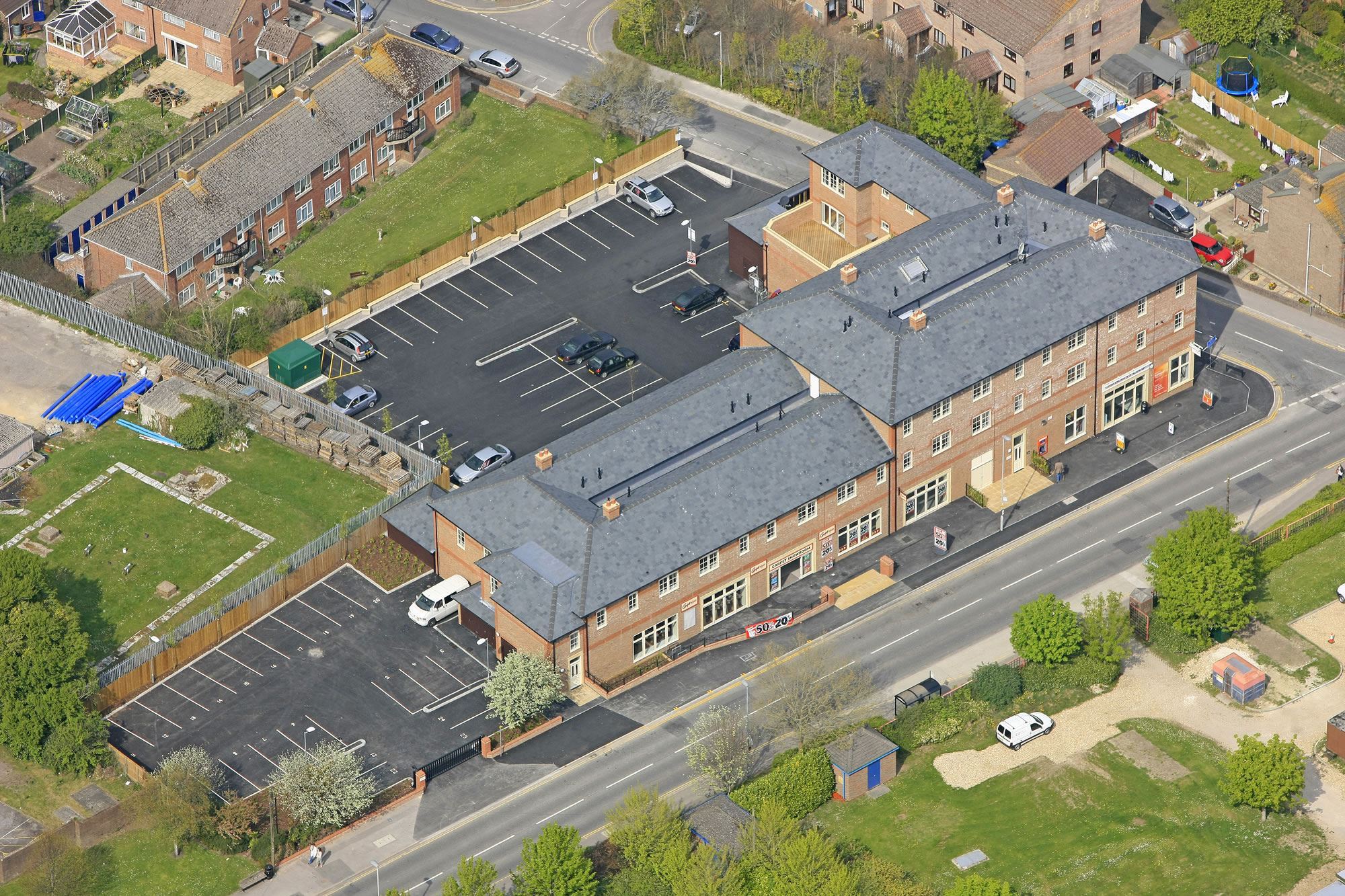 This impressive commercial and residential development was constructed on the site of a former garage and car showroom premises, which the company had built many years earlier.  Instructions received from Sherborne Land included the building of two retail outlets subsequently occupied by Sainsbury's and Carpet Right with 24 apartments over two floors.  The ground floor was traditional steel frame and masonry construction with the residential units constructed in timber frame built off a precast concrete transfer slab.

Following initial excavation, it was discovered that part of the site was a former roman burial ground and a full scale archaeological dig followed.  Ninety-Two Roman remains were found on the site.

See more Retail projects by clicking the link(s) below: