Looking spectacular in the sunshine, the completed showrooms for Jaguar Land Rover & Volvo Taunton was a stunning project.

Following on from our success in constructing other showrooms, this project took things to new heights, with the design and construction of two state-of-the-art motor retail dealerships with showrooms, workshop facilities and associated external display areas and customer parking.

Work is near completion on the Helston Group's new Jaguar Land Rover & Volvo dealership in Taunton. Due for handover on the 23 May 2018 this project follows the successful delivery of other c... Read More 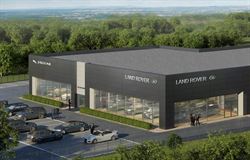 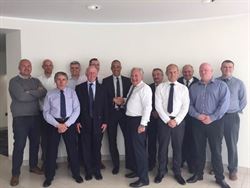 We have successfully delivered a fantastic new Lexus / Toyota showroom on the new motor retail park at Matford Green, Exeter for Snows Motor Group.  The Lexus showroom is the first of its kind i... Read More