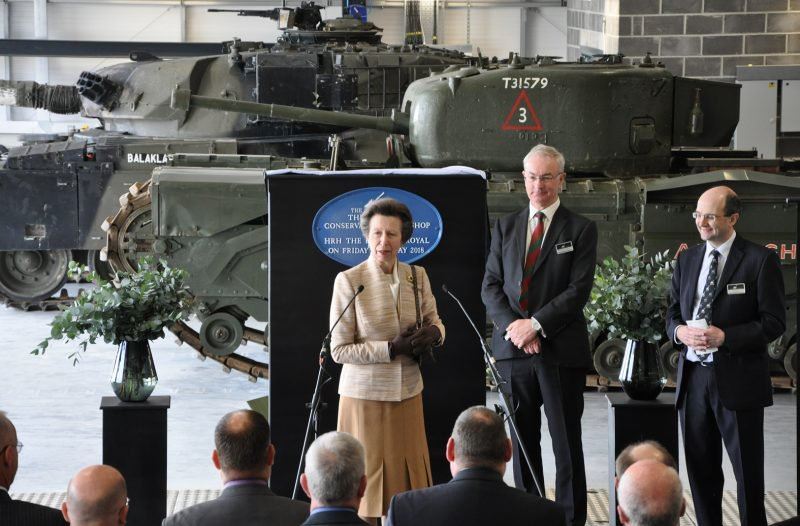 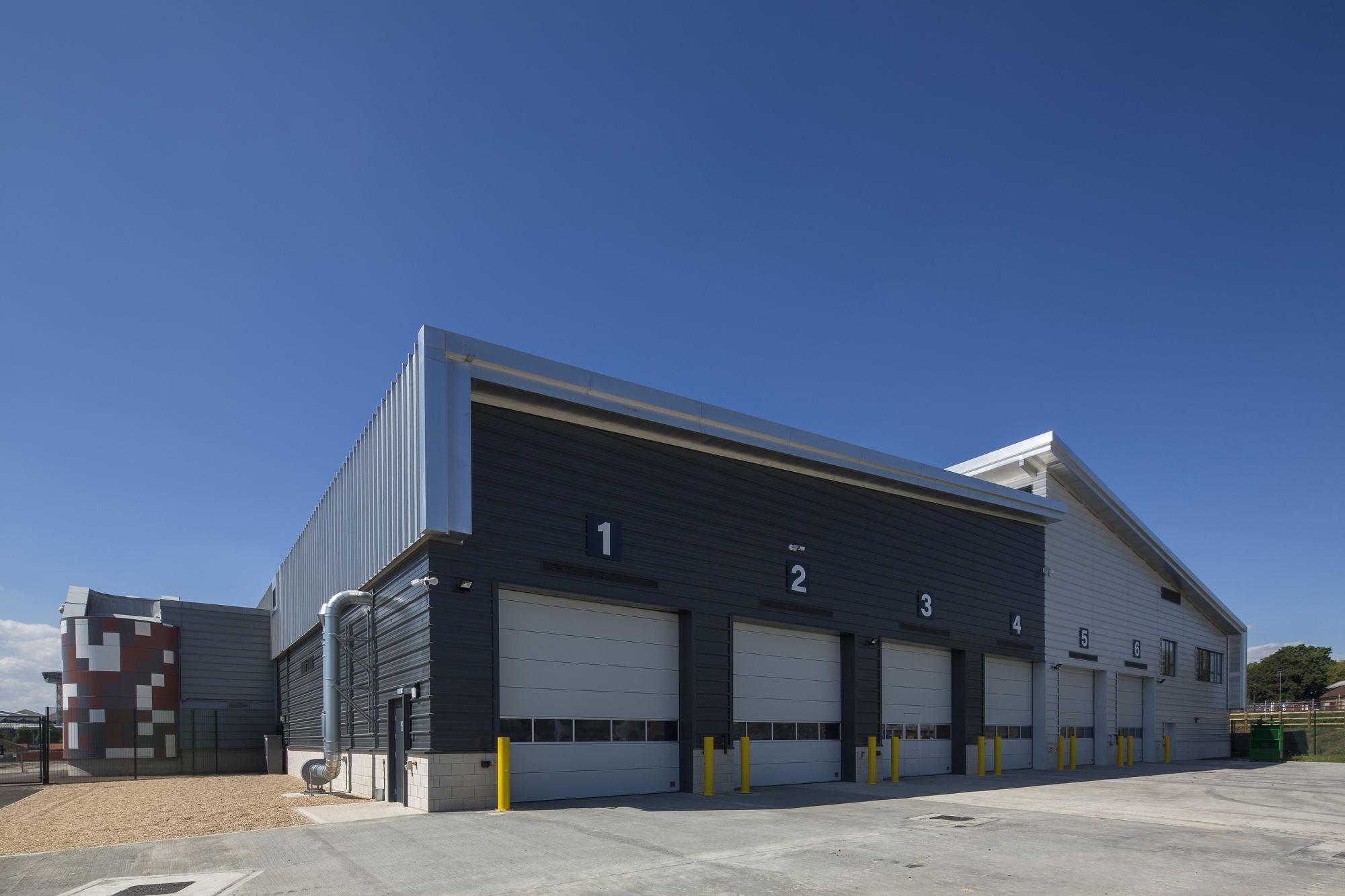 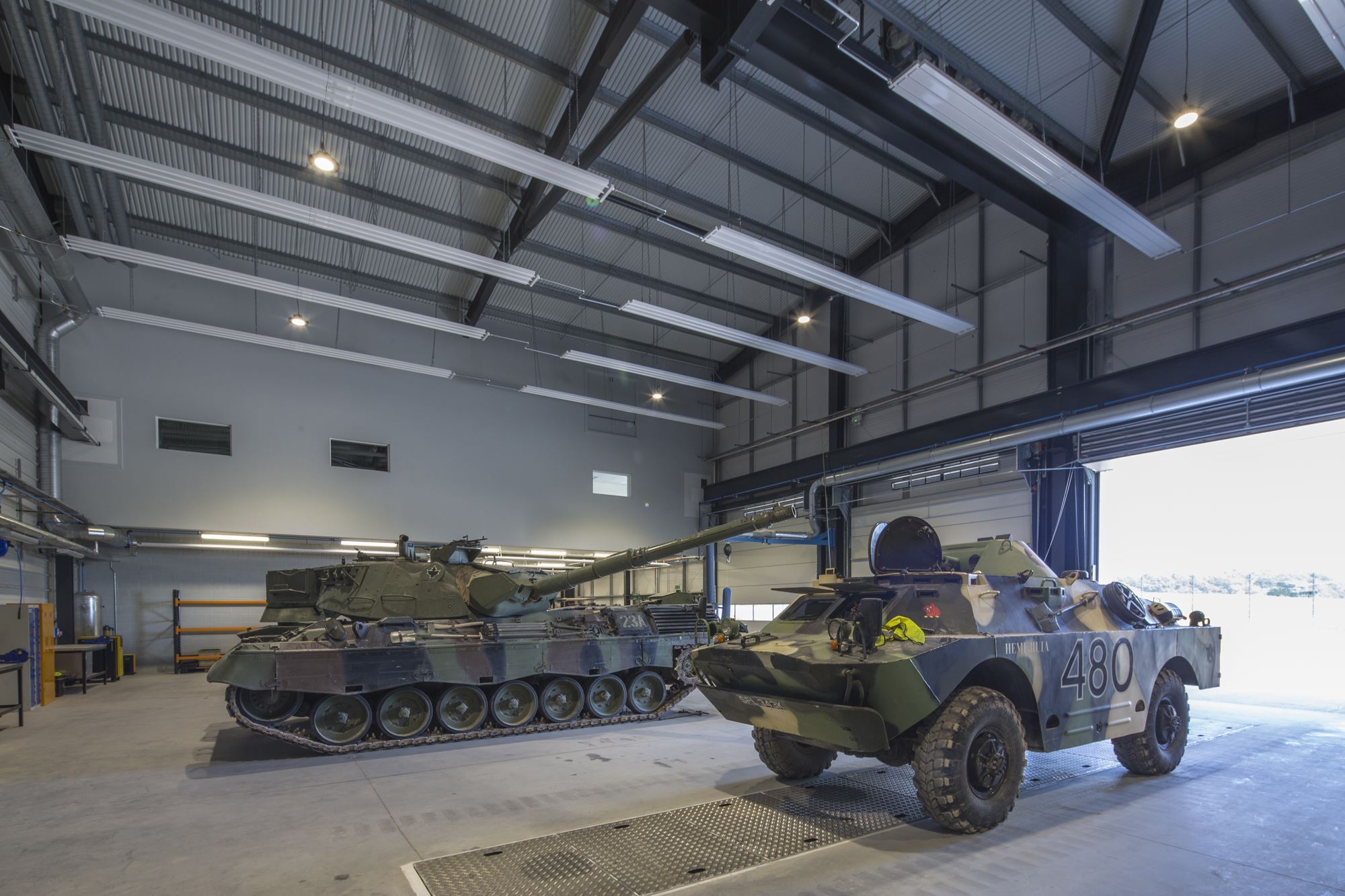 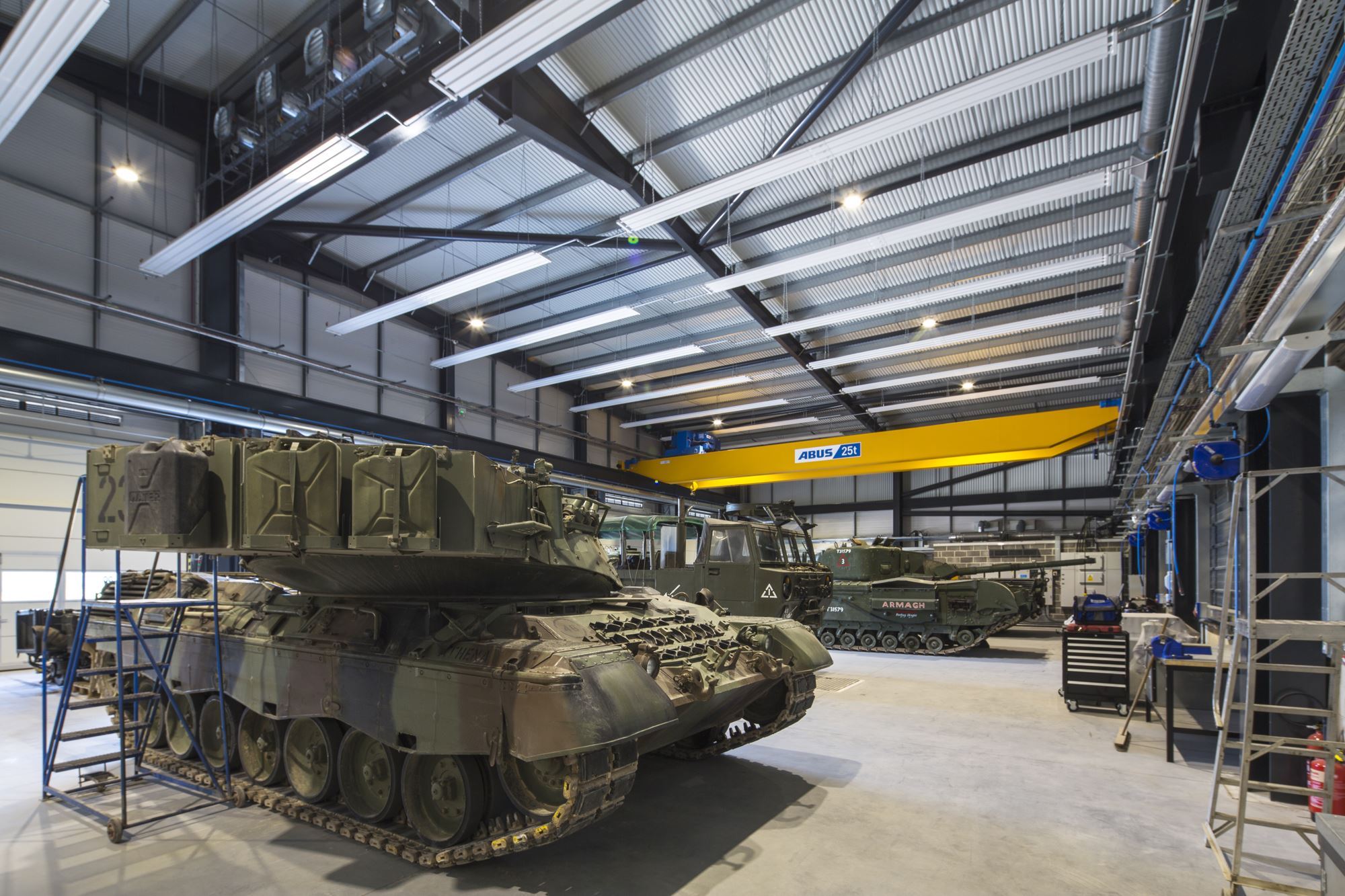 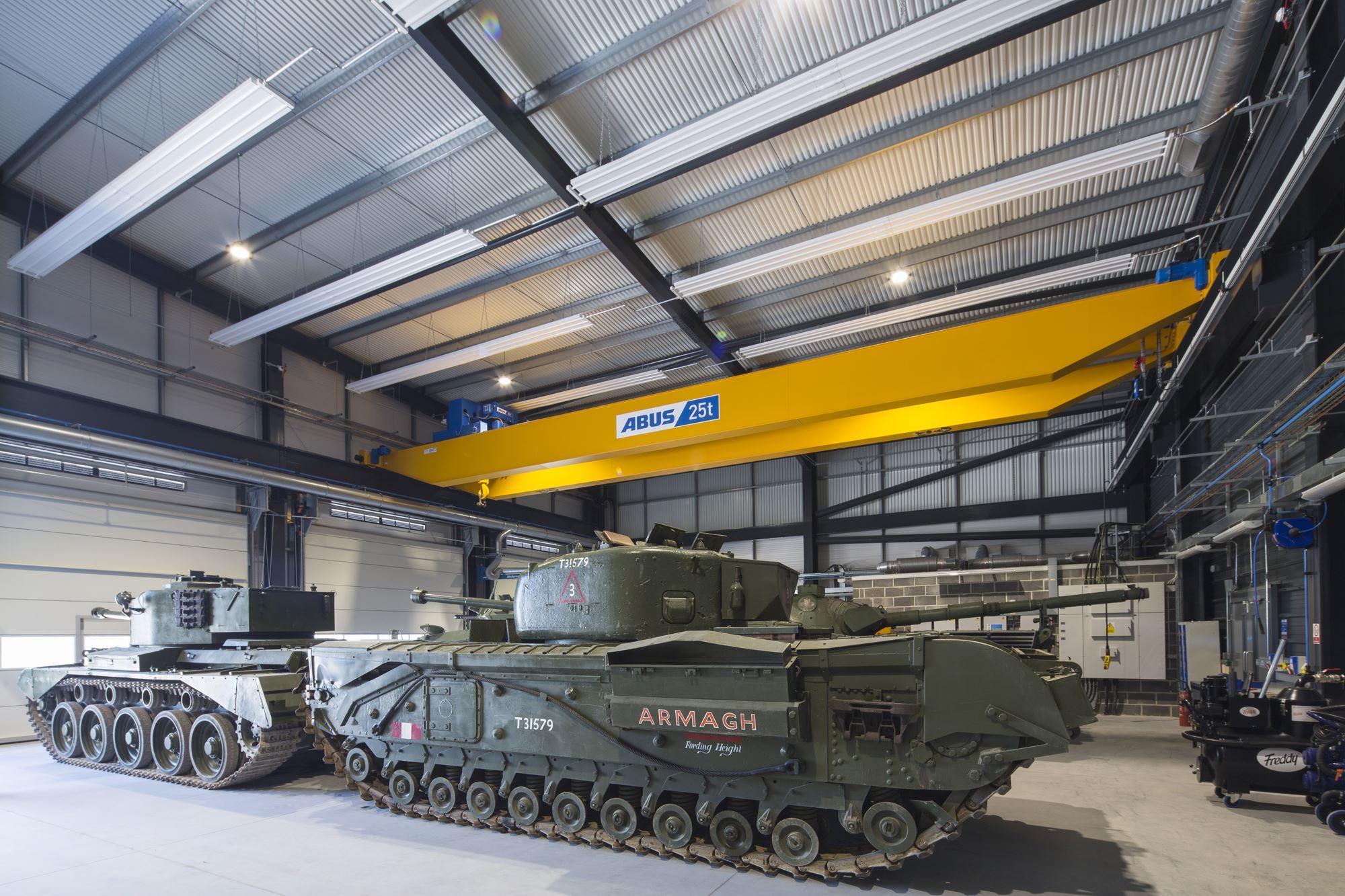 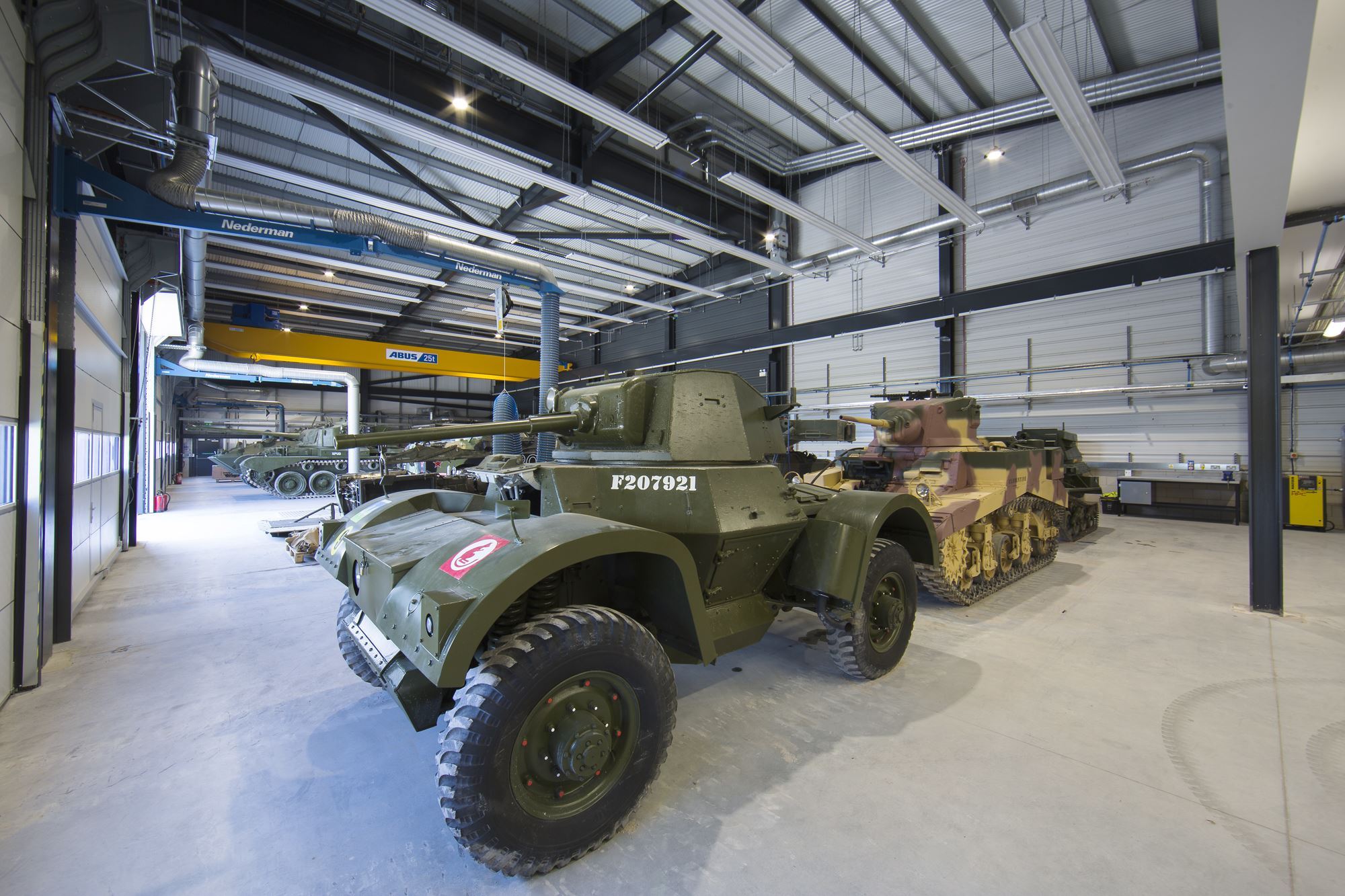 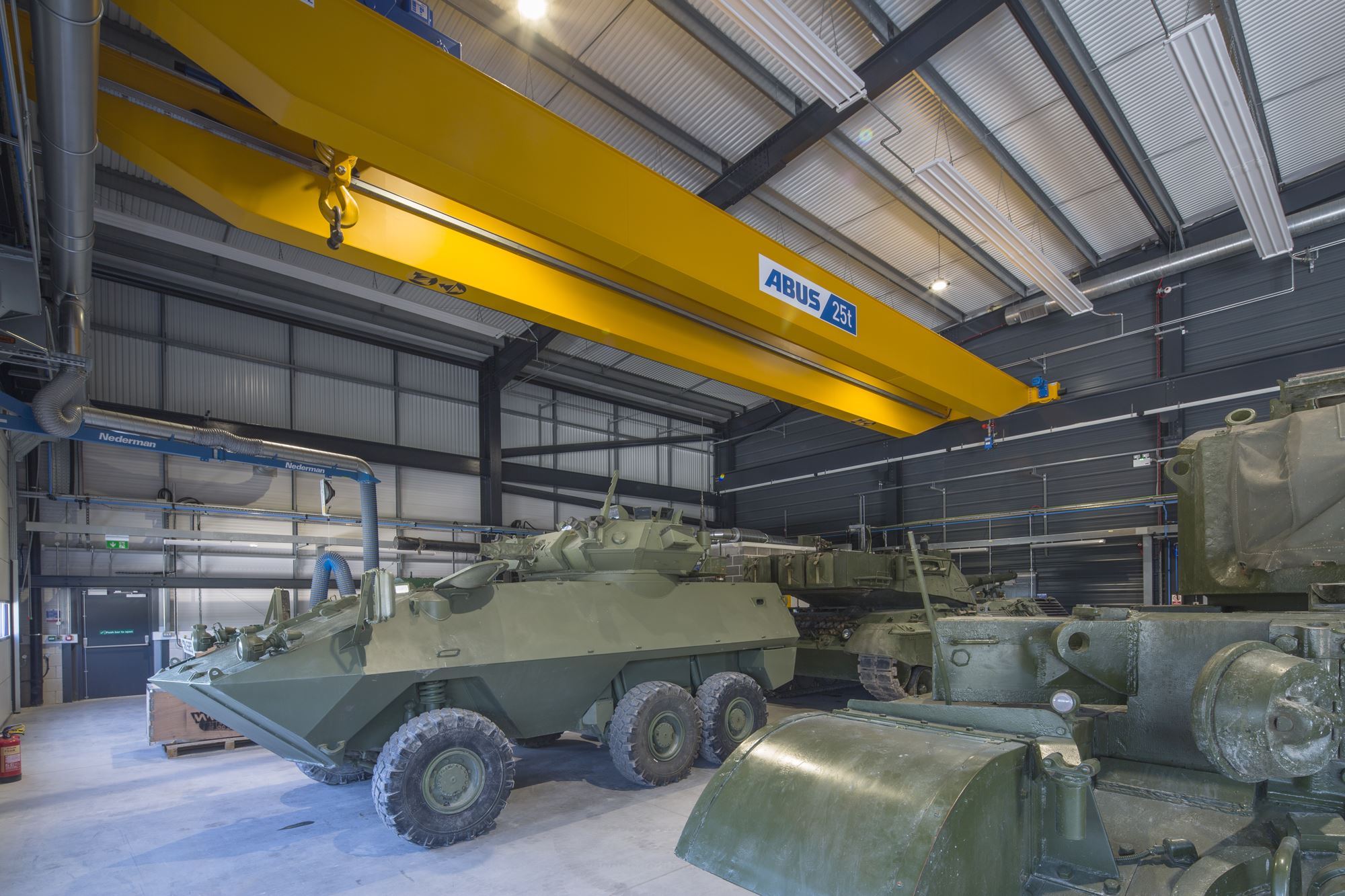 The Tank Museum’s main exhibition building was opened by the Queen in 2009 to much acclaim and greatly increased the quality of the museum’s offer, setting a standard for future development.

When considering ongoing improvement to the museum, there was an immediate need to bring a large element of the collection that is currently outside and unprotected into a more protective environment, the Vehicle Conservation Centre.

The building is essentially a black box where the design emphasis had to focus upon the conservation of the vehicles it will store. Heating and ventilation systems needed to dry out the vehicles and protect against further deterioration as they await refurbishment. Natural daylight is not favoured in this scenario.

The configuration of the building internally needed to be flexible. Vehicles will not move that often but consideration had to be given to smaller components on racking or similar storage that requires good access. Public access was also an important factor but at the same time control of the internal environment, safety & security needed to be paramount. Therefore, a separate access with associated WC facilities was required to accommodate the public viewing this fascinating collection.

The building was officially opened by HRH, Princess Royal in May 2018 where a restored Second World War tank was named in her honour.

See more Industrial projects by clicking the link(s) below: